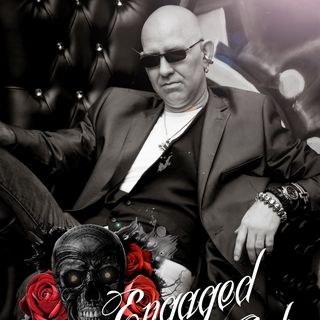 Will Graham is the Owner/Operator of Neon Crab Tattoos & Piercing. He graduated Eastwood Collegiate Institute for the Arts in Kitchener, Ontario. From there, he went on to work as a commercial artist for 7 years. His work took him all over Ontario, from Simpson Graphics and Lithography in Bloomingdale Ontario, to Kaumagraph International in Port Elgin Ontario, and Anson Graphics in Waterloo. He has worked on various projects from album covers to movie posters to fine art prints. Looking to grow as an artist, Will then began apprenticing as a tattoo artist at Too Cool Tattoos in Owen Sound Ontario. In 2001, Will returned back to his home town of Kitchener Ontario to continue working as a tattoo artist out of World Domination Ink. During his 4 years at World Domination Ink, Will Graham built a strong reputation as a custom design artist, and saw the World Domination Ink studio grow to be one of the largest and busiest in Kitchener-Waterloo. Along the way, Will has continued his work as a fine artist, completing hundreds of pieces in every medium imaginable. He is a globally collected artist whose paintings appear in collections all over the world. Will Graham is frequently commissioned to create corporate logos and artwork that adorns the lobby’s and hallways of of some international corporations. He has also gained notoriety as an award winning chalk artist. Making annual appearances at the Imadon international street painting competition, and featuring his work at other events, like Eco-Fest at Queens Park, Will loves to be involved in the arts in any way he can. In 2005, Will Graham moved to London Ontario to further build his reputation as a tattoo artist by opening his own studio. Neon Crab Tattoos & Piercing was the realization of that dream.

It is his hope, to make every tattoo at Neon Crab Tattoos & Piercing a memorable, a one of a kind experience.

Ask a Question
Workin' on some menu boards with the wife! Check o

Workin' on some menu boards with the wife! Check o

Workin' on some menu boards with the wife! Check o

Follow the pointer finger & come on in to visit us

Doing some filming today, in the church, for an up

Due to the rotten #covid we are Infact, closed tem

Winter blahs got you down? Not in the gallery! Y

Will is in the house today! Come by & meet the art

It sure is cold & breezy outside... But we got wal

Had a good time with some friends in the gallery t

Unfortunately, he had to go to Strathroy... But I'

Doors at 4! We introduce our first guest artist, t

Thinkin' maybe I'll refresh the chalk sign on the

New art & some pieces by our guest artist, going u

Tonight's the night! Opening reception at the Law

Here it is! My finished chalk piece from the Dre

The sun is shining. The grass is green. And my c

Still workin' away! Come on down and check out so

Chalking at Artzscape by the Bay, down at the 2019

Chalking at Artzscape by the Bay, down at the 2019

Flip through to see the judges' arts! @noel_sarge

Sunday has begun! You know you wanna be here! And

Aaron Allen slowly coming to life down by the band